Bye Bye to Being Human 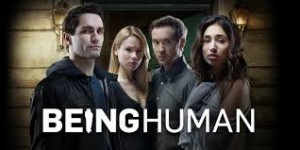 Once again one of my favorite shows “Being Human” has been canceled. It seems that this happens all the time to me.  I really looked forward to this show each week BUT at least it’s ending with a series final. Not like other shows I’ve invested time into on the Syfy network such as “Alphas” another really good show that was not even given a fair chance. Who watches first run shows at 1 am? What is up with this network?   A few years ago I started watching “Caprica” and of course that was canceled AND without an ending. Oh but wait I found out that a few extra shows were made and released on DVD. Shame on Syfy for doing that! Why not just air them?

Has anyone else noticed just how many shows get the ax on this network?

I’ve come to the conclusion that any new show on Syfy will be a waste of my time especially since this network really doesn’t care about their viewers. Shows come and go so fast just take a look at all the canceled shows Warehouse 13, Eureka, 666 Park Ave, Primeval: new world this is just a few; go to Wikipedia for a better list…. And don’t be surprised when your show gets the axe!

Posted in TV shows
« Birthday Shout outs Happy Birthday Sully & Vince
Looking for Book Readers Reviewers FREE Ebook »
You can leave a response, or trackback from your own site.