Who is responsible for the price? Band or Record company? 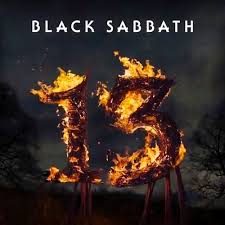 Here is the cover of the new Black Sabbath CD that will be released on June 11, 2013 it is the first time since 1978 that Ozzy will be on vocals. So I ask WHY is the price so expensive for this CD? The standard version is 11.99 and only has 8 tracks but the Deluxe version has 2 discs the second disc includes 3 extra songs for 16.99 but the Best Buy edition has 4 extra songs for 15.99.  That would be the Best Buy (lol) but all in all I feel that some entity either the band or the record company is trying to cash in on the fact that Ozzy is back with Sabbath. There are not enough songs to justify the price.  I will be looking to see if this will be on sale this coming week at Best Buy but if not I think I will pass.  I LOVE Ozzy but I can’t see paying so much for this.   So is the reason for the title 13 because it’s released in 2013? Wouldn’t it have made more sense to have 13 tracks on the CD?  Looking forward to some comments here?

thanks and keep rocking,
Monica

Posted in Anything Music, Ozzy Osbourne

Tags: 13, Black Sabbath, CD 13
« GOTH ICONS touring together
Free ebook Promotion June 23, 2013 »
You can leave a response, or trackback from your own site.