Time for another rockers Birthday.  Happy birthday to Jon BonJovi a NJ native (like myself) and who also shares my mom’s Birthday. 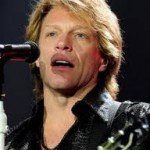 Besides being part of the band Jon has 2 solo LP’s, he’s a record producer and has done some acting.  The band BonJovi has sold over 130 million records — pretty unbelievable!!!! Most of those  sales were before downloading was popular and they were full lenegth  physical copies, the way it should be!

Whatever Jon does he does well and has been a household name since the mid 80’s. Personally I think he’s better to represent the state of NJ then Bruce Springsteen. Go Jon! 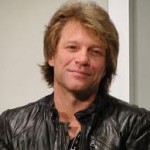 Posted in Anything Music, Birthday, Bon Jovi
« Chevelle Stray arrows
My Chemical Romance bye bye »
You can leave a response, or trackback from your own site.