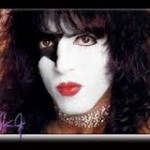 ATTENTION KISS fans! As you all know today is Paul Stanley’s birthday. On January 20th, 1952 Paul was born in New York state under the name Stanley Eisen. Paul is the driving force behind the legendary band KISS.  He and Gene Simmons are the two founding members. To find a guitarist and drummer they placed an ad in the local paper and that’s how they found Ace Frehley and Peter Criss. The KISS trademake was for the band to wear theatrical makeup. Paul is best known as the “Starchild” persona. In 1974 KISS became offical and released a self-titled LP. KISS has sold millions of LP’s and is known for their out landish stage show, costumes and of course makeup. In 1983 they released their first LP without the makeup titled “Lick it up”.

Paul has released solo LP’s the first as part of the four solo KISS LP’s and also “Live to Win” in 2006. No matter how we think of Paul it’s always as an entertainer.    Just one bit of trivia here for anyone who knows.  Why on the song “Come on and love me ” did Paul use the lyrics “I’m a Capricorn”  when he’s really an Aquarius?   Just wondering? 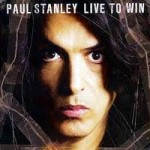 I want to wish Paul a happy and healthy Birthday and to say thank you for the music and the wonderful performances. 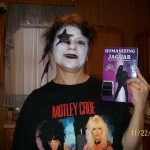 Also want to say thanks to my brother Gary who got me into KISS many years ago.  That opened up my music world and I’ve been expanding my list of artists ever since.

Please join in the shout out to Paul leave some comments…………

Posted in Anything Music, Kiss, Motley Crue
« Happy 44th Birthday Brian! (Manson)
DOUBLE FEBRUARY BIRTHDAY SHOUT-OUT »
You can leave a response, or trackback from your own site.