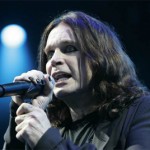 On December 3 it will be John Michael “Ozzy” Osbourne’s 65th birthday. He was one of the founding members of Black Sabbath and went on to launch his solo career with the release of Blizzard of Ozz. He hasn’t recorded with Black Sabbath until “13” which was recorded in 2011 but released this past year.  Many people know Ozzy from his music roots and outlandish behavior but he was also known with TV watchers when he and his family had a reality show called The Osbourne’s back in the early 2000’s.  But no matter how you know of Ozzy one thing is for sure he is an ICON and a very down to earth person.

All fans will agree that he is one of a kind and we would like to wish you a very happy birthday.  And as my way to honor Ozzy I am also doing a book giveaway  on December 3rd so all you fans please check out my book “Humanizing the Jaguar.”.     Happy birthday Ozzy.    Love you and keep on rockin,   Monica

get your free e-book today December 3 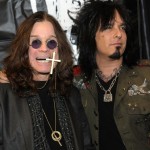 Posted in Anything Music, Birthday, books, free ebook, Ozzy Osbourne
« Happy Halloween
Happy Birthday to Nikki Sixx »
You can leave a response, or trackback from your own site.